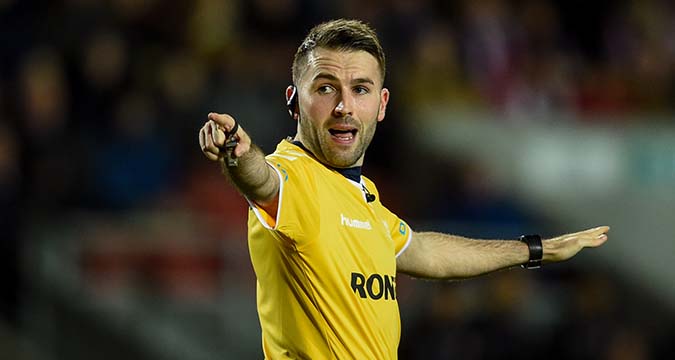 “It was an honour to be appointed last year, and a fantastic experience,” he said.

“But of course that was an unusual Wembley experience with no spectators in the ground because of lockdown.

“It’s the fans who make Challenge Cup final day special, and as Rugby League fans ourselves, I know I’m speaking on behalf of all the match officials who have been appointed for the weekend when I say how much we’re looking forward to a noisier and more normal atmosphere.”

Steve Ganson, the RFL’s head of match officials, said: “Liam has refereed particularly well this season. He has been extremely confident and consistent in his decision making and deserves his second appearance at Wembley.

“He has a very strong officiating team around him who have all performed to a consistent high level and fully deserve their appointments.”

Robert Hicks has been appointed to referee the 1895 Cup final between Featherstone and York, with Dean Bowmer and Mark Craven as touch judges and Mike Smaill and Nick Bennett as in-goal judges.

Liam Moore’s brother Aaron Moore will be the reserve referee for that game, and Ellis McCarthy the reserve touch judge.