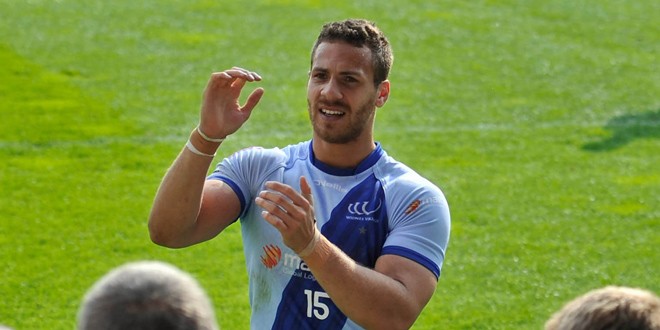 In the past 10 days, Eamon O’Carroll, Stef Marsh, Paul Johnson, Phil Joseph and Liam Carberry have penned new deals. White, 25, is the latest. He said: “This year you can see a big difference in us as a team. Since day one the bond has always been strong but this year we have really kicked on.

“Denis [coach Betts] is doing a great job in developing young players and he’s really helped me to become a more rounded player. Things are going really well at the moment and the Club is a great place to be around. We are looking forward to really pushing on even further as we head into the next stage of the season.

“From a person viewpoint, I knew that I was going into my final year of contract at Widnes and I wanted to start strongly and I feel like I have done. I’ve had a few injuries but I feel I’m over them now and improving. The more game time I get will help me do that and I’m pleased I’ll be here for another couple of years.”

Coach Betts added: “There’s always been a buzz around Lloyd and what we need to do is get a good pre-season behind him, get him fit and healthy and playing every week, then we will really see what he’s about.

“There’s so much potential and improvement in him and we are looking forward to helping him achieve that. We want to keep people like Lloyd around the place. The people we are signing and retaining have great character and they want to be here. They have the potential, desire and willingness to improve and you can see that all the time in Lloyd White.

“Lloyd’s potential is limitless. I’m really excited about the next couple of years for him as I believe we will see a really good player emerging. He’s already a good player but there’s so much more to come from him.”