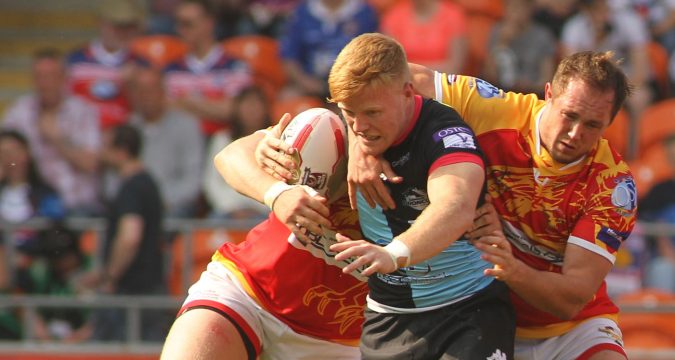 London Broncos’ plans for the 2017 season have suffered a huge blow after James Cunningham and Michael Channing were both ruled out with long-term injuries.

Cunningham, who has been nominated for Championship Player of the Year by League Express, will undergo surgery tomorrow after sustaining a labral tear in his left shoulder. The hooker picked up the injury during pre-season training and, dependent on the success of surgery, could miss up to six months of action.

Meanwhile, new signing Michael Channing has also been ruled out for six months after results showed that he needed surgery on a damaged disk. The centre, who joined the club from Featherstone ahead of the new season, will go under the knife and undergo a cervical spine fusion to remove the disk.

Head coach Andrew Henderson was already set to be without Api Pewhairangi and new signing Dalton Grant for the season opener against Swinton, but now has further issues to contend with.

“Obviously, the news about Cunningham and Channing is disappointing, but at the end of the day, we play a contact sport and that’s part and parcel of the game,” Henderson said.

“It’s for this reason we have a bigger squad this year (31 players), and have better strength in depth to be able to cover any injuries.

“On a more positive note, Matt Gee has only sustained a minor injury, and our two long termers (Pewhairangi and Grant) will be available early in the 2017 season.

“We have fantastic medical and strength and conditioning departments who work tirelessly to provide the players with the best support and rehabilitation they can, and we look forward to welcoming all the boys back to training when they’re ready.”