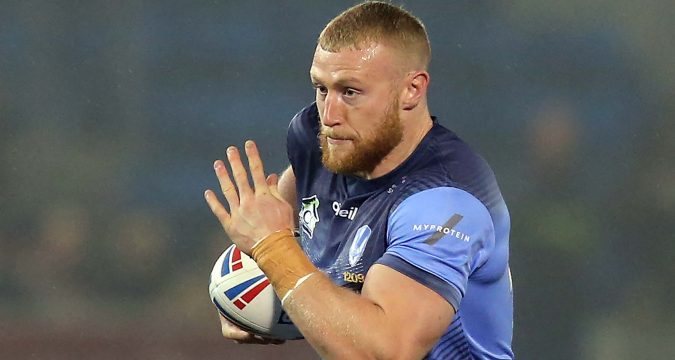 ST Helens forward Luke Thompson has broken his silence on rumours linking him with the NRL.

Reports Down Under have claimed England head coach Wayne Bennett is desperate to lure Thompson to his NRL club, South Sydney Rabbitohs, in the future.

But Saints issued a strong hands-off warning to the Rabbitohs or any interested clubs overseas, insisting their star prop wasn’t available.

However, the 24-year-old, who was named as a member of this season’s Super League Dream Team, is off-contract at the end of 2020 and will be free to speak to clubs from next May, leaving Saints in danger of losing one of their top performers.

For the first time, Thompson, who will travel to the Southern Hemisphere with Great Britain later this year, has had his say on the speculation, saying he will consider all his options when the time comes.

“I’ve still got another year left at St Helens, which I’ll be playing,” he said.

“I’ve not really spoken much with St Helens about it yet. I’m just concentrating on my rugby for the time being, then there might be some opportunities there that I’ll have a look at, but I’ve not decided anything yet.

“I always want to be the best I can be. But I’m happy at St Helens and doing pretty well. We’ve got a good squad, so I’m happy and I think that’s all that matters. So long as you’re happy it’s all good.”

Thompson will be a key member of St Helens’ squad that takes on Wigan tonight at the Totally Wicked Stadium in this week’s second semi-final.