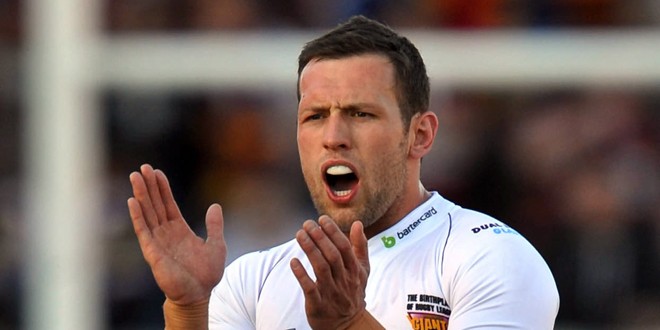 Shaun Lunt is determined to pursue his dream of lifting the Ladbrokes Challenge Cup on August 29 as Hull Kingston Rovers face eight-time winners Warrington Wolves on Saturday August 1 (12.45pm) in the semi-final at Headingley Carnegie Stadium.

Lunt, who is on loan from Huddersfield Giants for the remainder of 2015, has played in two Cup finals for Huddersfield and Leeds Rhinos, missing out on both occasions to Warrington.

The 28-year-old holds the Challenge Cup in high regard and dreams of getting his hands on Rugby League’s oldest and most prestigious trophy.

“I’ve lost twice against Warrington in both finals I’ve played. My team-mates would love to win it as well. Tyrone McCarthy was on the winning side in both of those finals for Warrington, so he knows what it takes to go all the way.

“Hopefully it’s third time round to win it this time. I’ve been fortunate enough to play in two Challenge Cup finals and I’ve won a Grand Final, too, but a Challenge Cup win would be fantastic.”

Saturday’s clash will be the fifth meeting between Hull KR and Warrington in the last 10 seasons, with the Wolves winning three of the last four.

Lunt knows how difficult it will be to deny Warrington their first Wembley appearance since their 2012 triumph.

“It’s a massive task,” he said. “It’s always tough to beat them, regardless of whether it’s in a Challenge Cup semi-final or not.

“They’ve got a great front row with the likes of Daryl Clark, Ashton Sims and Chris Hill. We know it’s not going to be easy, but we’re capable of beating anyone on our day.”