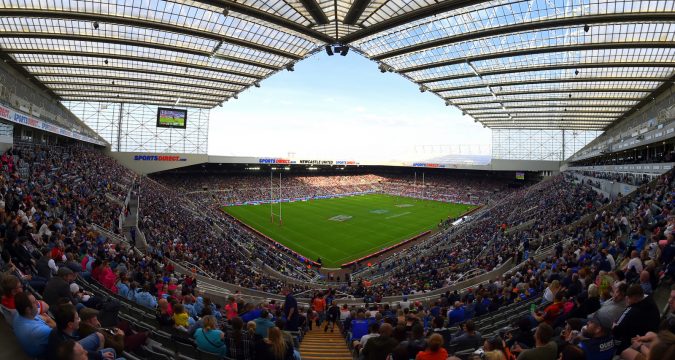 The event, in which all twelve top-flight teams play at the same stadium across two days, is returning to St James’ Park, Newcastle for the first time since 2018.

Originally planned for May 29/30, it was rescheduled for September 4/5 to allow more fans to attend as Covid restrictions hopefully ease.

While Liverpool’s Anfield was the venue for Magic Weekend 2019, last year’s event was cancelled due to the pandemic.

Magic Weekend first took place at Cardiff’s Millennium Stadium in 2007, and this year’s forms the 23rd of 25 rounds of Super League ahead of a top-six play-off competition.

Teams will play in the same day of the weekend as they would have in 2020, with Leigh taking the place of Toronto.

All matches will be broadcast By Sky.

* Game one kick-offs will be moved to one hour later should current Covid restrictions be reduced.

Magic Weekend tickets are now on sale and can be purchased via superleague.co.uk/tickets. Club season-ticket holders can claim a 50 per cent discount if they purchase via their club.