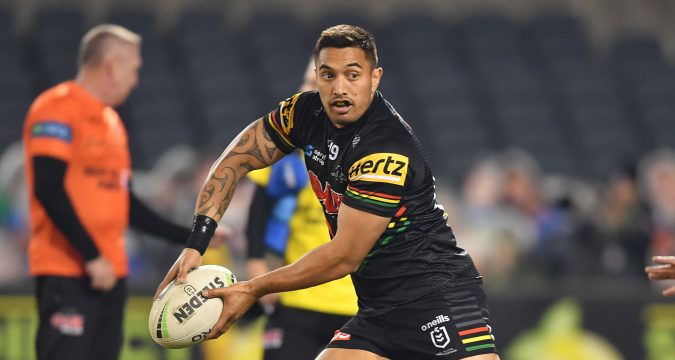 The Dragons are losing seven players from their 2020 squad, most of whom have played a prominent role at the club in recent seasons.

But five of the departing stars are well into their thirties and all are moving to other clubs, with four heading into the French Elite 1 competition, which is good news for that competition.

The most prominent departure is captain Rémi Casty, who made his debut for the Dragons in their first season in Super League, 2006, and he would go on to play 304 Super League games for the club, more than any other player in its history. Undoubtedly his greatest moment as a Dragon was lifting the Challenge Cup at Wembley in 2018 and now, at the age of 36, he will give fellow French club Toulouse Olympique the benefit of that experience.

Casty’s fellow forwards Antoni Maria, 33 and Sam Moa, 34, will join FC Lézignan, while Mickael Simon, 33, will head for AS Carcassonne after Catalans careers that began in 2012, 2017 and 2010 respectively, although Simon spent two seasons at Wakefield in 2015 and 2016.

Of the three backs who will leave the club, David Mead has headed back to Australia to join Brisbane Broncos at the age of 32 after spending three seasons in the south of France, while Lewis Tierney, 26, will head back to England to join newly promoted Leigh Centurions, after four seasons with the club and 52 Super League games.

The youngest of the departures from the Dragons is halfback Lucas Albert, 22, who made his debut as a 17-year-old in 2015 and was tipped to become a major star, who would play a leading role for the French national team. But sadly, after having played 45 Super League games over six seasons, including only one game in 2020, Albert will now head to AS Carcassonne in the French Elite League, although he is still young enough to make a comeback to the highest level of the game.

One other player who may or may not have left the Dragons is Israel Folau, who returned to Australia with his wife to take care of her mother and the fact that Folau hasn’t been allocated a squad number for 2021 suggests that he isn’t expected to return, even though his contract does extend to the end of this season.

The Dragons have made only three significant signings for the 2021 season, comprising two forwards and one back.

In the threequarters they have signed Kiwi international Dean Whare (pictured) from the NRL’s Penrith Panthers and he will step into Israel Folau’s squad number 4 shirt.

Whare, 31, played 19 times for New Zealand between 2012 and 2017, while he also played 155 NRL games for Manly and Penrith following his debut for the Sea Eagles in 2010, playing his last game for the Panthers against North Queensland Cowboys on 19 July last year.

Mike McMeeken has joined the Dragons from Castleford Tigers.

McMeeken may be only 26, but in 2021 he will be entering his tenth season as a Super League player, having made his debut for London Broncos in 2012, playing 34 Super League matches for the Broncos before moving to Castleford in 2015, playing 131 Super League games in six seasons for the Tigers.

McMeeken also played two games for England in 2017, against Samoa in mid-season and France in the World Cup and no doubt he would like to reclaim his position in the England squad and is likely to be highly motivated to do so.

Dudson, 30 is a veteran of 162 Super League games since making his debut with the then Celtic Crusaders in 2009. He has since played with the Crusaders, Wigan, Widnes and Salford, and has played 18 Test matches for Wales.

He is the man who will replace the club’s former captain Rémi Casty, inheriting his number 8 squad number. Dudson has big boots to fill and there will be a lot of attention on him to see whether he is capable of replacing Casty successfully.

The Dragons have one of the most experienced spines in the competition, with Sam Tomkins at fullback, James Maloney and Josh Drinkwater at halfback and Michael McIlorum at hooker.

On their day, if all four players are in the matchday 17 and they all click together, then they can all play a big part in any success the Catalans enjoy.

On the other hand, Maloney is 34, McIlorum is 33 and Tomkins will turn 32 later this month. Only Drinkwater is under 30, so there has to be some doubt about the long term staying power of those players, particularly when fixtures come thick and fast in July and August.

As back up, the Dragons do have Arthur Mourgue, who is aged 21 and will this season wear the number 1 shirt vacated by David Mead.

Mourgue made his Super League debut for the Catalans in 2018 and has so far only played six games in the competition. This season could be a make-or-break year for him, either at fullback or at scrum-half.

And Alrix da Costa has proved himself to be a consistent and reliable back-up hooker to McIlorum and will most likely play in the first four matches of the new season, as McIlorum serves the remainder of a six-match suspension he received in November.

The Dragons have traditionally had a strong pack of forwards and on the face of it this season should be no different.

However, the team has now lost its pack leader and captain Rémi Casty to Toulouse Olympique, and coach Steve McNamara will be hoping that other forwards will step up to leadership roles.

Gil Dudson inherits Casty’s squad number, while fellow prop Julian Bousquet has been promoted from last year’s number 14 to this year’s number 10 shirt, taking over from the departed Sam Moa. Bousquet is now in his tenth season with the Dragons and he now has the chance to emerge from behind Casty’s shadow.

The new Catalans captain is Benjamin Garcia, who, at the age of 27, has the chance to establish himself not just as a star player for the Dragons, but also for France in this year’s World Cup. Garcia made his Super League debut in 2013 and has now made 127 Super League appearances. He will share backrow duties with two English players, Matt Whitley and Mike McMeeken.

On the Dragons’ bench this season we are likely to see a combination of Alrix da Costa, Benjamin Jullien, Paul Séguier, 17 Mickael Goudemand, Jason Baitieri, Sam Kasiano and, when he returns from suspension after the first six matches of the season, Joel Tomkins, which suggests that the Dragons don’t appear to lack depth in the pack.

Tom Davies, Samisoni Langi, Dean Whare and Fouad Yaha have the four primary squad numbers for the Dragons’ threequarters in 2021, with the experienced Whare replacing Israel Folau, who appears unlikely to return to Perpignan from Australia.

Last year Davies wore the number 16 shirt, but after some sparkling performances, with 13 tries to his name, he has been promoted into the number 2 shirt for 2021.

Beyond the leading four, there isn’t a great deal of obvious backup for the threequarter line in the Dragons’ squad, although Arthur Romano, at the age of 23, will be hoping for more game time after having played 17 Super League games since his debut in 2017.

In the Dragons’ first pre-season game a week last Saturday Matt Whitley played at centre alongside Langi, while the Dragons also have 20-year-old fullback or winger Robin Brochon contending for a place, although he has not been named in their initial squad list.

The aforementioned Robin Brochon has played two Super League games for the Dragons and will no doubt be hoping for more opportunities this season.

But Dragons’ coach Steve McNamara has introduced four French youngsters in his squad list for 2021.

Mathieu Laguerre is a young centre who originates from Marseille and has emerged through the Dragons’ Academy system.

Backrower Corentin Le Cam, if he gets an opportunity, will become the tallest player to have played Super League, at 6 feet 9 and a half inches.Mathieu Cozza, the son of the Dragons’ kitman, is another young 20-year-old who will be hoping for an opportunity at prop forward.

And Joe Chan, the son of the club manager Alex Chan, celebrated his 19th birthday last Wednesday and will be hoping to follow in his father’s footsteps in the backrow.

There is a considerable degree of uncertainty for the Dragons in 2021.

Last year they played just 13 Super League games because of the Covid pandemic and they will be hoping that as the season gets underway the threat to matches from that source will have declined substantially.

They will also be playing under a new captain, Benjamin Garcia, in 2021, with the uncertainty that entails.

And there is still some uncertainty about the future of Israel Folau, who may yet return from Australia to fulfil the remaining year on his contract, however unlikely that may look.

In the circumstances the Dragons will probably have the lower reaches of the six play-off positions as the best possible aim for 2021.