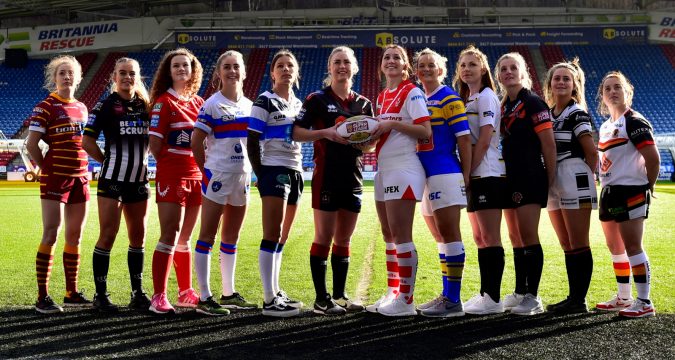 SEVEN teams will embark, in April, on the 2018 Women’s Super League season, which will again climax in a Grand Final in Manchester, after Top-Four semi-finals, on the same day as the Men’s Betfred Super League decider at Old Trafford.

The Women’s final will be played at the Manchester Arena that afternoon (Saturday 13 October), and the battle to feature on the major stage commences on Sunday 8 April, when Featherstone Rovers host Leeds Rhinos in a curtain-raiser to the Betfred Championship clash between Rovers and Dewsbury Rams.

That match – the only fixture on the opening day of the Women’s Super League campaign – will be followed by three games on Sunday 15 April, when St Helens entertain York City Knights, and 2017 double-winners Bradford Bulls are at home to Leeds Rhinos in a match in which Rhinos founder Lois Forsell will face her former team-mates, Rovers travel to Wigan Warriors in the other fixture.

The other side in the competition, Castleford Tigers, launch their campaign on Sunday 22 April, at York.