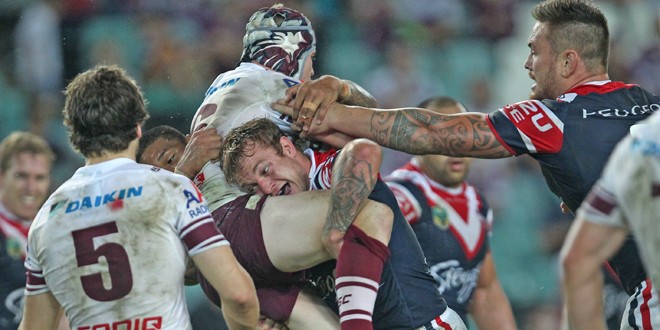 At this time of year, Australia is renowned for its warm weather and booming sunshine.

However, Manly’s pre-season training was anything but tropical, after a training hike over Mt Kosciuszko had to be cancelled after some of the players began to show signs of hypothermia on the mountain.

One club trainer also had to be carried back down the mountain after a serious case of hypothermia set in, leaving new Eagles prop Willie Mason describing the terrifying ordeal.

“By the time we got to the top of the mountain he was shaking uncontrollably,” Mason said.

“Everyone got around him to try and help him breathe, because we were worried. We had to carry him the six kilometres back to the bottom, so guys were leaving their groups to help him down.

“On the way back down the trainer was really struggling and I’ve never seen anything like it. ​”​

Mason also revealed that several of the squad were starting to show symptoms of the illness – and had the hike continued for another hour, there could have been serious problems for the players’ safety.

“If we had of stayed on the mountain one hour longer, we could have been stuck,” he said. “The winds went from 25 kilometres an hour to 55, so if we didn’t leave we would have got smashed and there is no way we would have survived.

“We were flirting with danger and there were about 10 of us players with signs of hypothermia. On the way back I couldn’t feel my hands and they were numb, so I had to drag the canoe to the bottom like a bunch of snow dogs.”