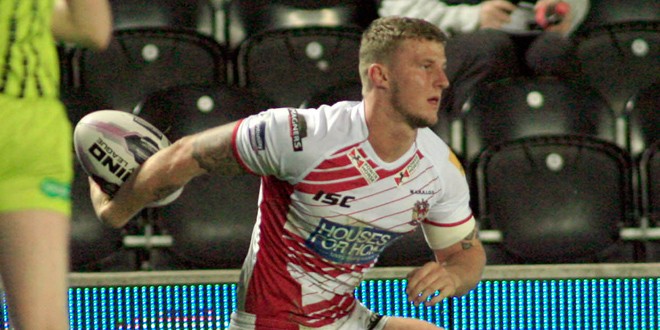 Wigan Warriors winger Dom Manfredi is fit, firing and bigger ahead of the 2015 season – and is ready to launch an attack on one of the wingers spots at the club in the coming season.

After the fantastic form of both Joe Burgess and Josh Charnley in 2014, Manfredi spent time out on loan at Salford to get game time under his belt.

However, the winger has put weight on in the off-season in a bid to force his way into Shaun Wane’s thinking in the forthcoming campaign, and he says he’s training the house down in pre-season to get himself into contention.

“I’ve put a bit of weight on,” Manfredi told Wigan Today. “I want to get pre-season out the way, get as fit as I can, and as big as I can, and see what happens.

“I didn’t expect to play half as many games last season, so every game was a bonus. I just want to bring it into next year and try and do it again.

“You just have to wait for an opportunity and when you get it, do what you can. But Waney doesn’t go off the name, he goes off who’s training the best – you have to play for your spot.”