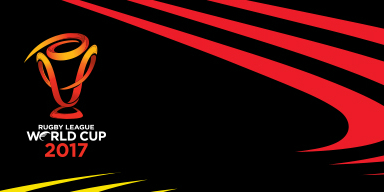 With all 14 World Cup squads now confirmed, we know exactly how each nation will line up at the World Cup, that starts in just two weeks time.

Impressively the vast majority of clubs playing in the European league structure will be represented at the competition, which will take place in Australia, New Zealand and Papua New Guinea. 30 of the 40 clubs playing in Super League all the way down to League 1 have at least one player heading to the event, meaning there will be plenty of players to watch out for during the competition.

But which clubs will have their flags waved the highest by their current stars? We’ve done the maths, and all the information is right here.

All twelve Super League clubs will be represented in the World Cup, although there are very big differences in the number of players each club has attending.

Catalans and St Helens lead the way with eleven players each, with Saints boasting the highest number of nations their players will be representing with five.

Meanwhile, Widnes have just one player going to the competition in Ed Chamberlain, who will represent Ireland.

London Broncos are by far and aware the leaders in the Championship, with ten of their players on their way Down Under.

Impressively, 11 of the 12 clubs will feature players in the competition, with Dewsbury Rams the only club not having any players attending.

Leigh, Toronto and Toulouse all have five players set to feature.

Seven of the 16 League 1 clubs will have players in the even, with Bradford coming out on top with three of their stars heading to the tournament.