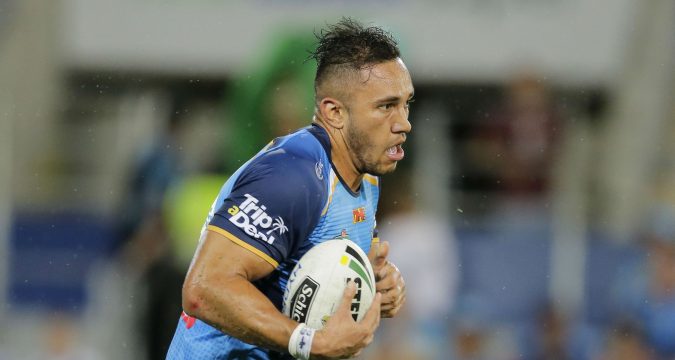 Our man Down Under, Andrew Ferguson, gives us all the info on Leeds’ new signing from Gold Coast, Nathaniel Peteru.

Nathaniel Peteru is a young prop who appears to be approaching the peak years of his career. He made his debut with the Gold Coast Titans in 2015 and has remained with them since, playing 22 games, all bar one of which were starting from the bench.

He is a very solid all-round player with few weaknesses or strengths. He isn’t afraid to get his hands dirty and do the hard work, making hit ups and tackles when needed most. He even has a good passing game for a big man which has produced a try assist and a line break assist in his 14 games from the bench in 2017.

A very capable and reliable defender too. He does tend to be slightly easier to defend as he isn’t often used in attacking plays.