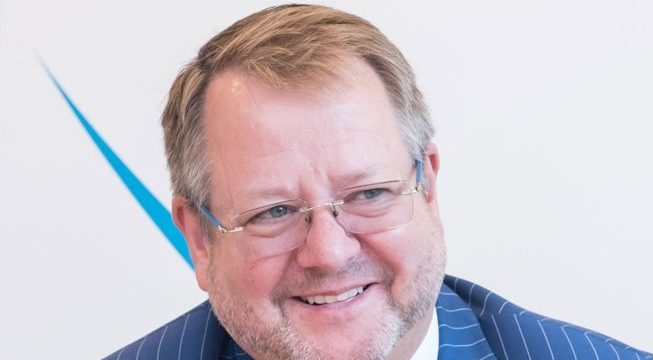 Community Integrate Care have been recognised for their contributions to the sport after its chief executive received the RFL President’s Award.

Mark Adams has been praised for the efforts of the charity, which has helped introduce Learning Disability Super League.

The President’s Award was introduced by Andy Burnham in 2018, and is designed to recognise inspiring work to change lives and communities through Rugby League, and achievements by players, coaches and volunteers which bring the sport to new audiences.

RFL president Clare Balding said: “I am delighted that Mark Adams is the recipient of my first RFL President’s Award. Mark is an inspirational leader and has demonstrated considerable bravery in speaking up for the people CIC cares for, and for CIC colleagues throughout this difficult year.

“Mark and the CIC team also worked with the sport to create online resources – the #ActiveatHome toolkit – to help anyone with additional needs – including members of the Rugby League community with autism, learning disabilities or dementia – to keep active this year.

“Rugby League is the only sport with a national social care partner. That is something everyone in the sport can be proud of as we aim to make Rugby League the nation’s most inclusive sport.”

Mark Adams said: “We are massively proud of our partnership with the RFL and the extended Rugby League family with the Super League, RL Cares and the World Cup. We’re a charity that grew up with northern roots, and we look after working-class communities.

“For many in those communities it’s been a horrendous year, but we have been amazingly well supported by Rugby League people, whether in the distribution of millions of items of PPE, or in the delivery of virtual fitness classes. It’s wonderful to receive this award from Clare Balding, and on behalf of all at our charity, thank you.”

Also at the Council meeting, there were two additions to the RFL Roll of Honour: the renowned Rugby League historian and author Tony Collins, in recognition of his work over many years including in 2020 his role in marking the sport’s 125th anniversary, including the earlier decision to add Joseph Platt to the Roll of Honour; and Emma Rosewarne, who stepped down from her role as Head of Welfare with RL Cares in April after almost four decades working full-time in the sport in a variety of roles, with an increasing focus on the importance of player welfare.