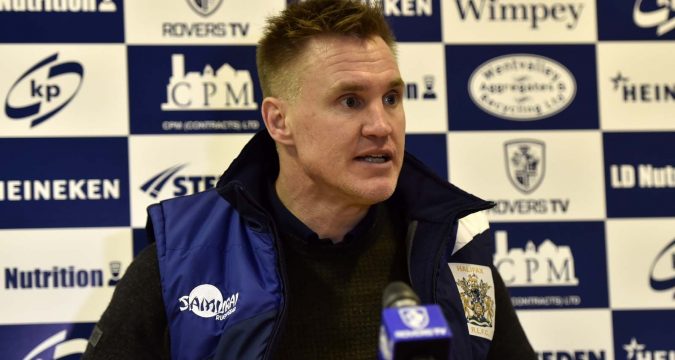 Richard Marshall is understood to be in the running to become the Salford Red Devils head coach.

The club started their interview process last Tuesday and talks with applicants have continued through the weekend.

But League Express understands that St Helens assistant coach Marshall is among the front-runners to land the role, with the Red Devils board set to come to a final decision this week.

Andrew Henderson, the Warrington Wolves assistant coach, is another believed to have been interviewed while England coach Shaun Wane has also been strongly linked with the role, though his position as England head coach has resulted in some doubt over his ability to take on the position.

Marshall is currently the assistant coach at St Helens, having played a key role in the coaching department that has overseen back-to-back Grand Final triumphs.

Previously an assistant to Tony Smith at Warrington, Marshall cut his teeth as a head coach with Halifax, exceeding expectations as the club finished in the Championship top four three times between 2015 and 2018.

He left Fax in April of last year and was quickly snapped up by St Helens to work under Justin Holbrook.

Marshall, 45, played for Ireland during his playing days.

As for Wane, the three-time Grand Final winning coach is thought to be keen on a return to coaching at club level though sources at the RFL insist he will not join the Red Devils.

London coach Danny Ward is another linked with the role but he will remain with the Broncos in 2021.
An announcement is expected this week.