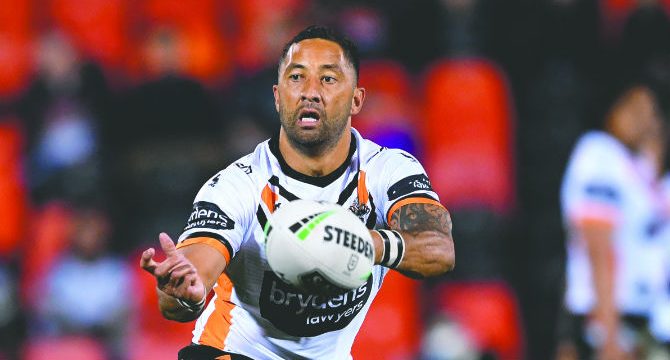 Hull FC have made plays for Benji Marshall and Jackson Hastings in their pursuit of a marquee halfback.

Incoming head coach Brett Hodgson has identified the halves as his main priority in the off-season and the Black and Whites are willing to splash the cash in their pursuit of a new creative player.

Marshall, one of the most recognisable players in world rugby, has been approached by the Black and Whites to become the club’s marquee man, though is preference is understood to be a stay in the NRL.

Reports in Australia claim Canterbury Bulldogs are the current favourites to land Marshall’s signature and, although a move to Super League appears unlikely, his desire to continue his career into 2021 could result in him eventually pursuing a Super League deal if nothing comes up down under.

It’s unclear whether Hull’s deal is still on the table for the 35-year-old, though Marshall has spent the last several years working with Hodgson at Wests Tigers.

Hodgson has acted as assistant to Michael Maguire at the NRL club, while Marshall has been a regular on the field.

Meanwhile, League Express can reveal that Hull made enquiries about Man Of Steel Hastings last month, with the Wigan halfback appearing to be on his way out of the Warriors earlier this year.

Hastings was off-contract with the Super League club and admitted last week he had held talks with other clubs in both hemispheres before re-signing at Wigan.

“We had a few conversations, but I didn’t want to be a player that jumped from club to club every year and not settle,” he said.

“There were some pretty good offers that I had to seriously look at, but at the same time my heart always told me to stay at Wigan. I’m probably happier this past six months than I’ve ever been.”

Upon speaking to the media for the first time, Hodgson said: “There are a couple of positions that I’ve looked at and I’ve had conversations with James (Clark) about what we would like to fill and improve.

“There’s probably a shortage in the halves and we’re trying to scour both sides of the world to see whether we can come up with a quality signing in that position.

“I think we’ve got some quality players but we can always look to add and improve. I think a five-eighth in particular, I think we need a middle player and an outside back to help get a little bit more depth across the board.”

Albert Kelly has left the club and although the Black and Whites do have Jake Connor, Hodgson hinted at using the England international at centre, though that would be determined by conversations with the player.

“What I do feel is that he has gone very well over the last six weeks as a fullback,” he said.

“I spent time there with Jamie Shaul when I did the consultancy role. Jamie is a quality player as well and unfortunately with his ACL injury and not being able to perform until July or August, we need to fill that fullback position, but I need to get Jake’s feelings on the matter first.”