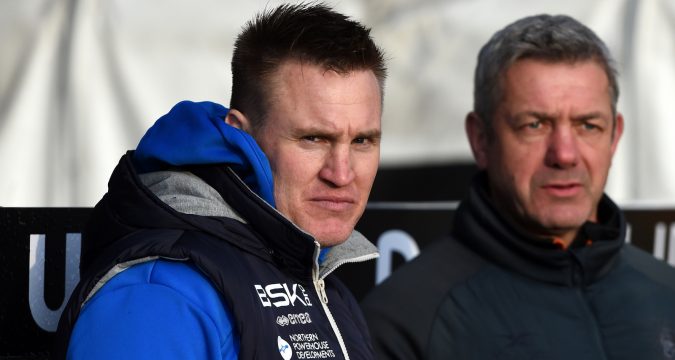 Halifax head coach Richard Marshall believes the sport needs to get used to the idea of 3G pitches being a part of the game.

It’s the second week running Marshall’s side will have played on the surface after playing at London Skolars’ New River Stadium last week.

Marshall admitted that he is in favour of a traditional grass surface, but believes more 3G alternatives will be in the game moving forward.

“For the older end, your senior players, it can cause problems,” he said.

“We did pre-season on one and we had to rest up some of our older players as their joints don’t take to the surface if I’m being honest.

“I would prefer to play and train on grass. But I think in the next 10 to 15 years most of the grounds up north will be 3G with the British weather as it is.”

After their winning run came to an end against Toronto last week, Marshall admitted his side needed to keep beating the sides below them to have any chance of keeping up with their top-four rivals.

“We have to keep on the chasing pack. We’re in it but we want to improve and you have to win the games you’re expected to. There’s no margin for error whatsoever and we nearly had our hands clipped by Swinton a few weeks ago.”