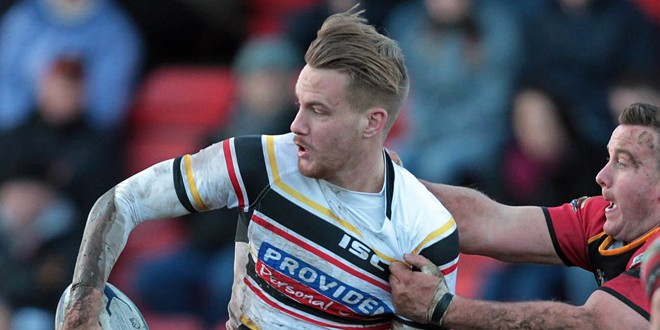 In a nutshell
Bradford outclassed their Championship opposition with 11 well-taken tries.

How it unfolded
6’ – A superb solo effort from Luke Gales from 30 metres out sees the half-back go over under the sticks. He converts his own try: 6-0.

16’ – Adam O’Brien makes a break to put in Brett Kearney, who flies over after racing past the Oldham defence. Gale adds the two: 12-0.

18’ – Gale running the show and crosses for a second score, this time supporting an Elliot Kear break. The Englishman converts: 18-0.