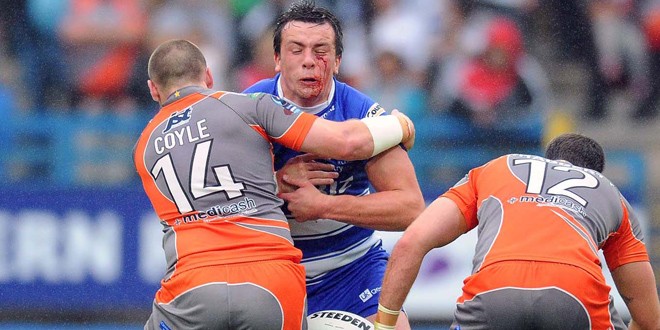 In a nutshell
Halifax got off to a flying start but Widnes had too much quality and eventually ran out comfortable winners.

How it unfolded
9’ – Halifax open the scoring through Ryan Fieldhouse, who outwits the Vikings defence to pounce on a kick. Steven Tyrer converts: 6-0.

23’ – Vikings finally find their feet thanks to field position that comes from a Halifax penalties. Jon Clarke dives under the sticks: 10-6.

49’ – Widnes pressure finally pays off as Kevin Brown goes through. Danny Tickle converts to give Vikings the lead: 10-12.

75’ – Brown uses his telepathic skill to seek out an interception and race 80 metres to score. Tickle adds extras: 10-34.