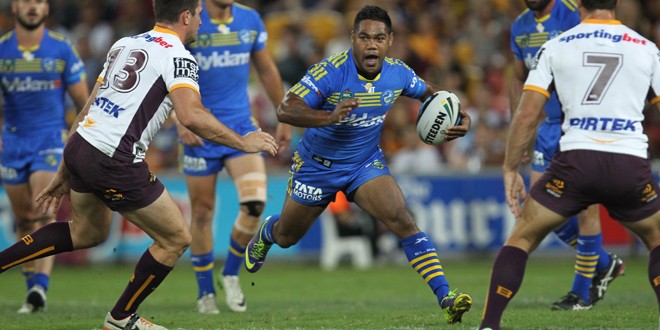 In a nutshell
Parramatta Eels produced a superb all-round display to defeat the Broncos on their home turf. A late flurry of points meant the scoreboard didn’t quite reflect the result, but the Eels certainly deserved the two points.

How it unfolded
15’ – Jarryd Hayne saves both a 40/20 and a forced drop-out with a fantastic run. It’s clear to see that this chap is among the world’s elite.

27’ – The Broncos have the majority of possession but the Eels defence holds firm. They break thanks to a gorgeous pass from Corey Norman which puts pacey Chrissy Sandow through. He spread the ball wide and Will Hopoate gathered to score the first try of the game. Sandow missed the conversion: 0-4.

35’ – Semi Radradra scores his eighth try of the season in a lovely move down the left featuring Willie Tonga. Sandow adds the extras: 0-10.

39’ – Dale Copley gets one back for the Broncos thanks to a Justin Hodges offload. Corey Parker adds the extras: 10-6.

61’ – Jarryd Hayne busts into space and, via the video referee, scores. Sandow converts to make it 12-16.

64’ – The Broncos hit back in superb fashion, with Josh McGuire being awarded a try by the video ref. Parker converts to reach 1,000 career points. 18-16.

67’ – Ben Barba disallowed a try for a Copley knock-on.

75’ – Sandow then lands a field-goal to put it out of Brisbane’s reach.