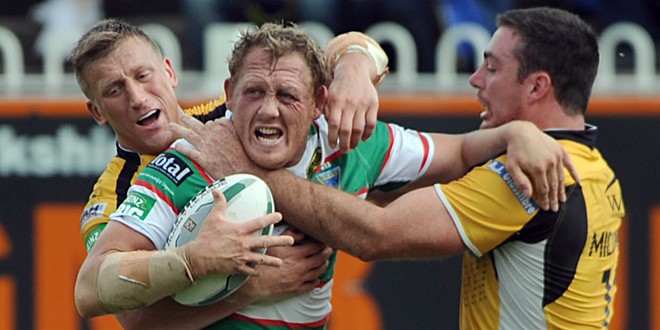 In a nutshell
A hat-trick of tries from Castleford captain Michael Shenton was a key factor as the Tigers put the Wolves to the sword in a convincing victory that puts them back into second place in the Super League table.

How it unfolded
The Tigers opened the score with an early try by James Clare, converted by Marc Sneyd, but the Wolves equalised with a try from Michael Monaghan that was goeled by Stefan Ratchford.

Few would have guessed that Warrington wouldn’t score again, as two converted tries from Shenton late in the first half gave the Tigers an 18-6 lead.

But the second half was largely one way traffic, as the Tigers scored further tries from Clare, Ellis, Owen and Shenton, and by the end of the game the Wolves were a well beaten side, while the Tigers continue to go from strength to strength.