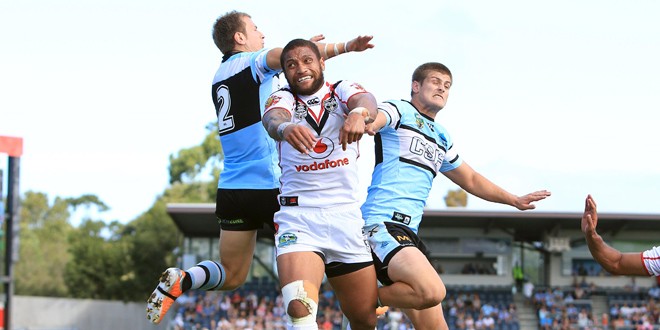 In a Nutshell
Sharks winger Nathan Stapleton scored four tries as the Sharks defeated a disappointing Warriors side to gain their first win of the NRL season.

How it unfolded
Although Stapleton scored 16 points, the stars of the show were the Sharks’ halfbacks Todd Carney and Jeff Robson, who led their side brilliantly around the field, despite the continuing absence of Paul Gallen.

In the second half they added three more tries from Stapleton and one from Blake Ayshford, while Carney added a field-goal. The Warriors finally scored a consolation try from Manu Vatuvei, which was goaled by Shaun Johnson

A full roundup of all this week’s NRL games can be seen in Monday’s Rugby League Express, which will be in the shops and available online from 11.00pm Sunday evening.