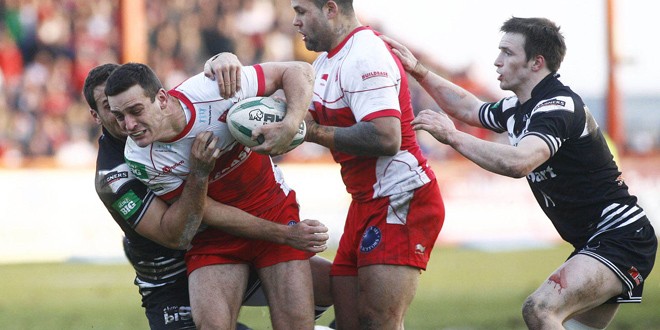 In a nutshell
Widnes drew level on points with Wigan in the Super League table after a thrilling victory away at Hull Kingston Rovers.

How it unfolded
11’ – Kevin Brown fires a gorgeous cut-out pass to Jack Owens, who strolls over in the corner. Tickle lands the goal from touch: 0-6

18’ – Widnes hit back instantly through Dave Allen who goes over unscathed. Tickle again adds the extras: 6-12

39’ – The home side are over again, this time through Rhys Lovegrove, who sprints 30 metres to finish off a move involving Travis Burns and Kris Keating. Burns converts: 16-18

44’ – TotalRL.com columnist Ben Cockayne scores yet another long-distance try, but this one takes the biscuit from 90 metres out after Widnes knocked on. Burns lands the goal from touch: 22-18

52’ – Kevin Brown makes light work of the Rovers defence yet again, dancing his way through to level the scores: 22-22

73’ – Widnes make a break down the wing and travel 70 metres before Jon Clarke puts the ball down. Tickle converts: 29-28