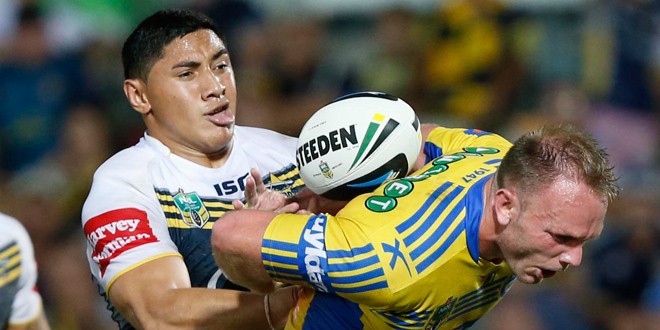 Young Cowboys winger Curtis Rona and Scotland international Kane Linnett both scored two tries as their team gained its third victory of the season with a comfortable win over the Eels in Townsville.

The Cowboys shot out to an 18-0 lead after 15 minutes with tries from Johnathan Thurston, Matt Scott and Rona, with Thurston converting all three and warning bells sounding for the Eels.

But Parramatta came back into the game with two tries of their own from Ken Sio and Pauli Pauli, both converted by Chris Sandow, and with Sandow adding a penalty on the stroke of half-time to make the score 18-14, with things looking good for the Eels as they looked towards the second half.

But the second half was one way traffic for the Cowboys, who scored four converted tries with two from Linnett, a second from Rona and a final try from Michael Morgan, with Thurston converting them all.