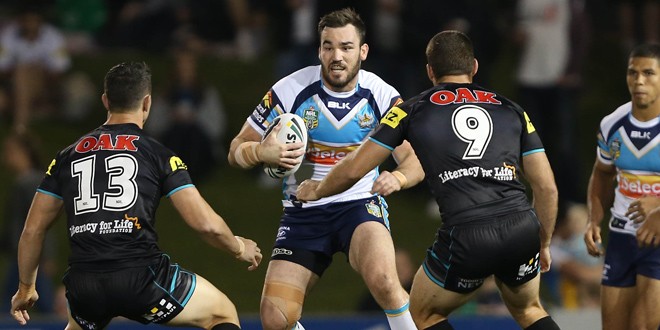 How it unfolded
8’ – Penrith open the scoring through Dean Whare, who dummies twice and sprints through the resulting gap. Jamie Soward slots the extras from the touchline: 6-0

31’ – Soward knocks through a grubber, which the Titans defence fails to deal with. Soward lunges at it, it deflects off a Gold Coast player but lands in the hands of Penrith’s Moylan, who is awarded the try by the video referee. Soward converts: 12-0

40’ – Seconds after Greg Bird is stopped just shy of the line, Ryan James goes over for Gold Coast after bombing onto a fast pass. Sezer convert: 12-6.