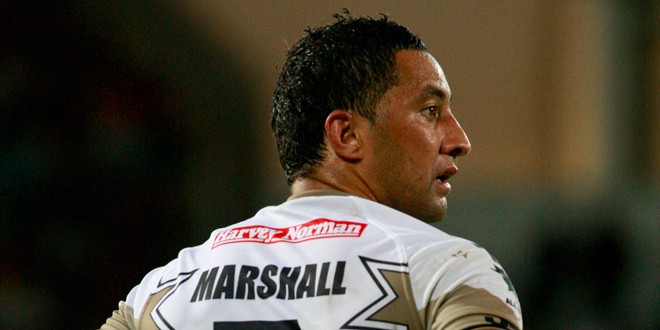 Benji Marshall has formally requested an early release from his Auckland Blues rugby union contract, and is aiming for a return to the NRL.

The New Zealand legend, 29, has struggled to adapt to the new code since switching from Wests Tigers last year and both his agent, the club, and New Zealand Rugby have confirmed his intentions to return to Rugby League.

“All parties are currently in discussions regarding this request and need to work through a formal process before making any further comment,” a statement from the Blues read.

Reports suggest Marshall has instructed his manager Martin Tauber to begin talks with NRL clubs who may be interested in signing him.

“It just hasn’t worked out, it is disappointing,” Tauber told News Corp.
“He’s not had the game time he’d like. This has all happened over the last 36 hours.”

When asked where Marshall is most likely to go, Tauber added: “It might be Queensland or it might be NSW, it depends who is interested in him.”

Salford Red Devils owner Dr Marwan Koukash publicly confirmed his interest in Marshall a few weeks ago, but Tauber told an Australian newspaper that there was no chance of his client playing Rugby League in England.