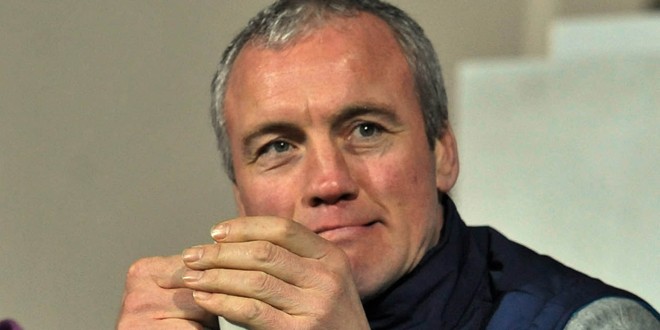 Leeds Rhinos’ Brian McDermott was the big winner at a star-studded 2015 UK Coaching Awards as he was one of 12 to have their achievements rewarded in Manchester.

This year saw McDermott lead Leeds Rhinos to an historic treble as they topped the Super League table before going on to beat Wigan Warriors in the Grand Final as well as picking up the Challenge Cup.

It was only the third time in the Super League era that such a feat had been achieved and the silverware keeps coming for McDermott after he took home the Coach of the Year Award at the 2015 UK Coaching Awards at the iconic Midland Hotel in Manchester.

Previous winners of the top-gong award include Gary Street, Warren Gatland, Toni Minichiello and Andy Flower, with McDermott admitting it was an honour to add his name to such a prestigious list.
“Whenever one person gets recognised for coaching there are so many more people that are part of it,” said McDermott.

“The whole club here has a part to play in it so personally I am unbelievably proud but I am proud for the whole club because it is a club achievement.

“It was massive to see everything come together and it was a combination of a few emotions.  To pick up all three trophies is still sinking in but I think the emotion at the end was relief.

“Once we got the first and second to go into the Grand Final and be so close, had we lost it would have been a crying shame.
“We had some significant people leaving the club so we wanted to send them out on a high so my initial though after the game was relief.

“Everything needed balancing, there was some pressure coming to the back end and there was almost an anxiety because it would hurt not to do it.”

The UK Coaching Awards honour sports coaches and coaching organisations who have demonstrated outstanding success over the previous 12 months.

And McDermott was delighted to beat off challenges from a host of big-names in other UK sports and joining a prestigious list that includes the likes of 2013 Lions boss Warren Gatland.