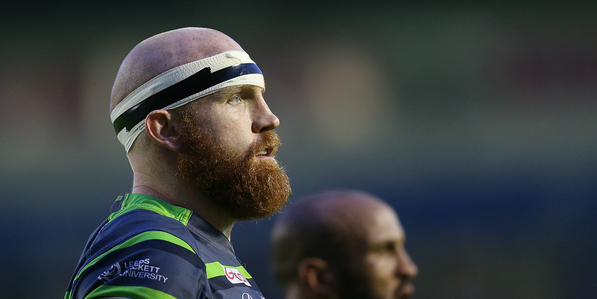 Leeds Rhinos forward Keith Galloway will miss the remainder of the season after suffering a serious Achilles injury for the second successive year.

Galloway missed the run-in last year with a snapped Achilles – and the Australian suffered the same injury but on the other leg during their 10-7 win against Hull on Friday night.

And McDermott admitted the news was “devastating”.

He said: “Keith has snapped his Achilles in his other leg, which is devastating news for him. We really missed him tonight and we’re going to miss the ultimate soldier for the rest of the season. We all feel for Keith, it was a very sombre dressing room at half-time.”

McDermott also admitted his side’s victory, which solidified second place ahead of the Super 8s, was not the prettiest you are likely to see: but said that mattered little.

He said: “It was dogged. There was a lot of fight, I don’t think there was much finesse about it. We had 14 men for a lot of the game. It was not pretty but sometimes it doesn’t have to be.

“I thought in the first half we challenged Hull a bit with the ball but they were very solid defensively. There were some challenges out there, to dig that out, although I know Hull dropped some balls.”