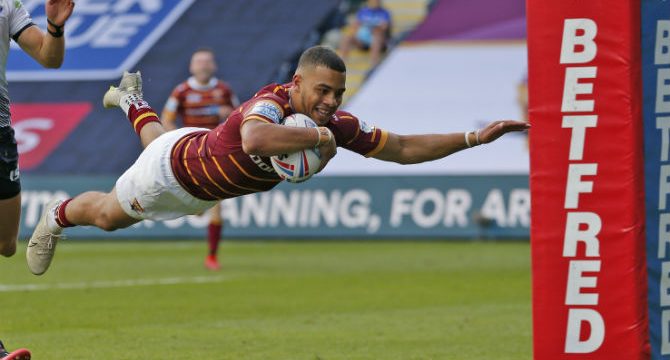 Versatile back Darnell McIntosh has joined a string of players in the Huddersfield treatment room.

The 23-year-old damaged an Achilles tendon as a makeshift Giants side lost 17-10 in their Super League clash at Hull on Friday night.

And centre Ricky Leutele, winger Jermaine McGillvary, halfback Aidan Sezer, second rower Kenny Edwards and loose-forward Luke Yates were in the Combined Nations All Stars side for the win over England at Warrington.

Huddersfield led 10-0 before a second-half fightback by Hull, and Watson, whose side have suffered three successive defeats, said: “I thought we were really good in the first half. If we can get our full team back fit, we will not be far off at all.

“That team had been thrown together over two days. They have had more or less two training sessions to try and click.

“We spoke about playing and using the ball and it looked good in training, but you obviously are not up against opposition defence, it is a different kettle of fish for when you actually face another team.

“People are putting you in that arm wrestle and consistently going backward and forward.

“We just lost shape on the back end of that, but our attitude at the minute is outstanding.”