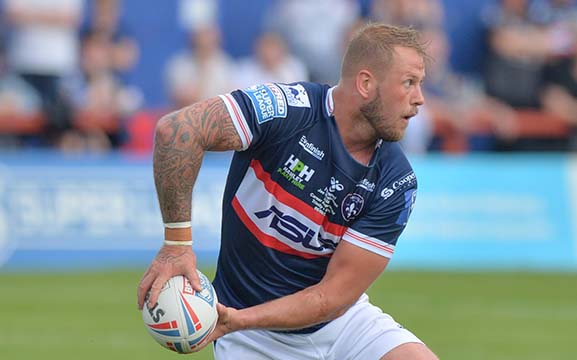 Lee Radford reckons he will be working with one of the best loose-forwards in the business at Castleford next season.

The incoming coach will be reunited with Joe Westerman, with whom he worked at Hull and who will move from Wakefield on a two-year deal.

“Joe is in very good form. He is in a good place in his life and at a point in his career that he has a couple of years to win something,” said Radford of the 31-year-old, who was in the England squad for Friday’s clash with the Combined Nations All Stars at Warrington.

“In my opinion, he should have more international caps than he has, but for whatever reason that hasn’t happened.

“I honestly think for a ball-playing 13, there aren’t too many better in the competition.”

Westerman began his career at Castleford in 2007, having come through the youth system, and made more than 100 appearances before joining Hull ahead of the 2011 campaign.

The Pontefract-born star played for Warrington and Toronto, and had a second spell at Hull, before joining Wakefield in 2020.

His current form was reflected by his England recall (he made one appearance in 2014).

He said: “I’m loving my time at Wakefield, and I have the utmost respect for the club and the people there. It has made me enjoy my rugby again and I have got a lot to thank Wakefield for. I get up every morning loving going to work.”

With injuries and absences due to the England international taking effect, Castleford had prop Liam Watts in the halves as they were beaten 16-6 at home to Catalans on Thursday.