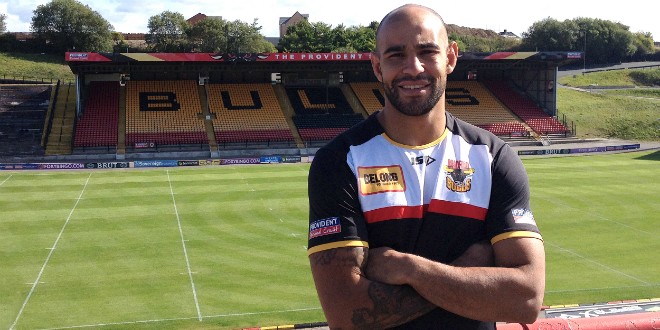 Bradford backrower Chev Walker is a man who has dealt with his fair share of injury problems in his career. During the 2009 play-offs, when he was with Hull KR, he suffered an horrific leg break.

The injury took a mental as well as physical toll on Walker, but it was the support of a network of people who helped him make a return to the sport.

“You tend to reach out to everybody, really,” Walker told State of Mind. “Obviously, you’re dependent on the physio to do their job, and you try to build a relationship with them to make sure that you’re getting the most out of your days counting down to the comeback.

“But there’s also your team-mates. You try and stay in the loop with them and not distance yourself because you’re not training with them.

“For me, it was a matter of being able to keep my face in there, and make sure I spent some time with the boys, and stay in that team environment.”

Walker also believes that talking to others is vital for any player who is experiencing difficulties.

The presence of organisations such as State of Mind has helped to lift the stigma from mental health issues which used to exist in the sport.

“I think it does make people aware that there are people there to talk to,” he said.

“It just encourages people to talk freely about being down. For me, it’s really important that we do raise awareness that there are people to talk to.

“I think with State of Mind being in place, it doesn’t have that stigma attached to it anymore.

“If you are feeling a bit down or a bit fed-up, then the younger lads are more comfortable coming forward, approaching the senior players, and saying it.

“I know back in my day you probably didn’t want to approach them [because of the stigma], but realistically the actual game hasn’t changed that much.

“They probably would have listened to you and given you time, it’s just a matter of there now being more awareness that there are issues with sports people, especially young men.

“It’s good that it’s out there and people don’t feel alienated, and think they’re on their own.”

Walker also has some advice for any player who is experiencing difficulties.

“Don’t be afraid to talk, it’s more manly to be able to talk about your problems, and ask for that little bit of help,” he said.

“We play in a sport where we’re all friendly, and we all get out there on the pitch. We are what we are, which is rugby players. Don’t be afraid to talk.”

State of Mind takes over Super League in Round 25 for the games on the weekend of August 28-31. Look out for volunteers providing information on mental health at all grounds across the weekend.