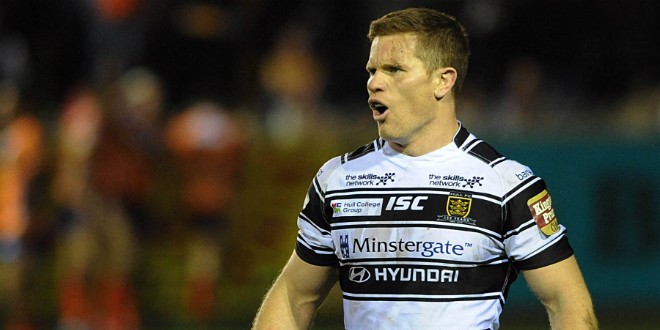 Hull FC have confirmed that in-form back Steve Michaels has signed a new deal to remain with the Black and Whites in 2016.

Michaels has gradually impressed throughout the course of his first season in England, and will now stay with Hull next season as they look to once again secure a spot in the top eight.

Michaels will line-up alongside a number of new recruits at the KC Stadium next season including Scott Taylor, Frank Pritchard and Carlos Tuimavave, whilst further recruitment news is expected imminently.

Head coach Lee Radford expressed his delight to keep Michaels’ services for next season, and hailed the progress has made throughout the season.

“He was a bit of an unknown quantity to some when we announced his signing last year, but he’s been a great addition to the squad and over the last six performance he’s really started to shine and show us his true credentials” he said.

“After a difficult start to the season in finding his feet, I think he’s really come out of his shell and stepped-up his game.

“I’m sure with the added competition for places next season with the young lads coming through and the new players we’re bringing in will only drive him on further and bring the best out of him.

“I’m delighted for him to have signed a new deal and hopefully he can take his recent form into next season and perform to his highest standards on a weekly basis.”

He continued: “Players like Steve will compliment what we’re trying to build in the squad for next season. We’ve already added Carlos to the roster to add some competition in the outside backs and we’ll have another new face in there for next year too.

“We’re having to work hard with pressures and challenges presented by the salary cap and quota regulations etc, but the squad is starting to take shape and we’re really excited about it.”