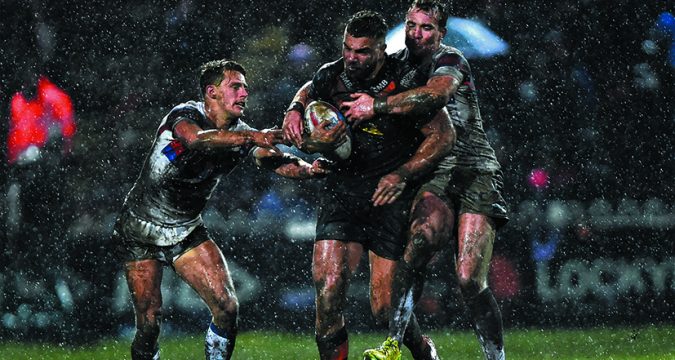 Castleford ace Mike McMeeken has admitted he would consider a cross-code switch if the opportunity arose next year.

The Basingstoke-born back-rower is off-contract with the Tigers at the end of the season and would be one of the most in-demand players on the open market should he decide to consider his options away from the Mend-A-Hose Jungle.

That could include interest from the 15-man code, with the 25-year-old previously playing union before pursuing a career in Super League with London Broncos, before heading North to join the Tigers.

McMeeken, an England international who last played for the country in 2017, insists he is happy at Castleford and focused on bringing major honours to the club, but admitted he would explore the prospect of changing codes if the option presented itself.

“I haven’t played union for a long time,” he said.

“I played down south in the winter then league in the summer, so I do have a background in it. It’s something I would consider but at the moment I’m massively focused on Castleford and getting the silverware we need.

“The focus is more on getting some silverware for Cas and making sure I’m in the team at the moment, and to do that I have to better myself.”

A breakthrough year in 2017 saw McMeeken lift the League Leaders’ Shield and earn an England call-up, but the Tigers haven’t been able to push on following their Grand Final defeat that year, while individually, McMeeken has dropped down the pecking order in the England setup.

But as he heads into his sixth year with the Tigers, he believes he is in position to kick on once again in 2020.

“2017 was good for me and the team but following that has been a bit frustrating. I probably didn’t hit as much form in 2018, so leading into 2019 I was trying to build up to get back to that form, and I felt like I was getting there as the year went on.

“I probably have developed my game more than it was in 2017, looking back I probably rate myself more than back then, but the competition for places is very high at the moment with England, there’s John Bateman and Elliott Whitehead to name a few. But I’m hungry for more, willing to learn and do the one percenters, I want to get back to the form that I’m capable of.

“I go through a lot of my games with the coaching staff and we look at the places that I can improve my game slightly. The reading of the game, I was probably raw, certainly internationally, and I probably didn’t know that at the time, but looking back I had more to learn than I thought, the World Cup was a massive experience for me and being around those world-class players and training with Bateman and Whitehead, Sam Burgess, it was massive, I’m working really hard to get myself back up there.”