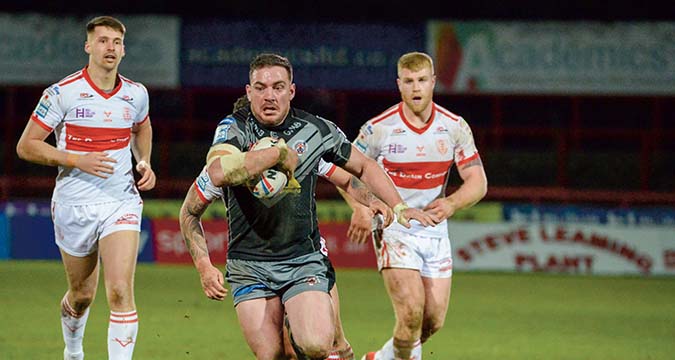 Castleford could be without prop Grant Millington until August after he picked up a knee injury in the Challenge Cup quarter-final win over Salford.

League Express understands the injury is worse than originally feared, with the veteran now set to be sidelined for between ten to twelve weeks.

The earliest return date for the 34-year-old Australian is expected to be mid-July, with a target set of the Challenge Cup final on July 17 – should the Tigers overcome Warrington in their semi-final at Leigh on Saturday week, June 5.

But it is believed the former Cronulla and Canterbury man, who is in his tenth season with Castleford, may not be fit to play until the start of August, if his knee does not respond well to initial treatment.

The news is certainly a blow to the Tigers as they aim to land silverware in Daryl Powell’s final season as coach before a move to Warrington.

Millington is also off-contract this year and it is unclear if he will be re-signed as Powell’s replacement Lee Radford moulds his squad.

Millington has made more than 230 appearances for Castleford, where he has been a key figure for many years. This season he has made five appearances and managed one try assist. He has averaged 8.6 carries, 24.3 tackles and 74.8 metres.

Castleford are being linked with a move for Warrington back Jake Mamo.