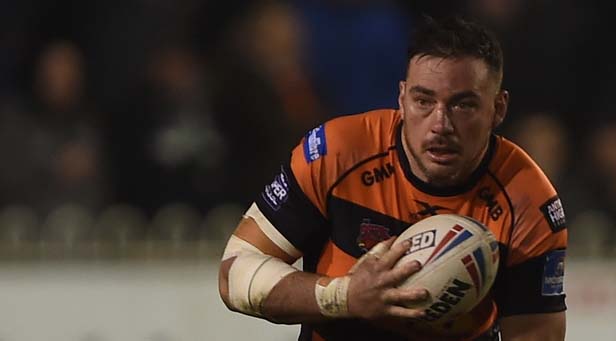 Grant Millington will enter his tenth season with Castleford Tigers after signing a new deal with the club.

As first revealed by League Express in June, the forward has put pen to paper on a new one-year contract to remain with the club.

One of the club’s greatest overseas signings, the 33-year-old has been with the club during the ascent up Super League, making over 200 appearances in the process.

“I’m really happy to get it sorted and be sticking around for another year,” he said.

“I’ve almost spent a third of my life here when you really think about it and I’ve had some of the best moments of my life here. The birth of my three kids, the League Leaders’ Shield, the Grand Final, they are all things that I know I’m going to remember forever. I’ve really enjoyed my time here and it’s something I won’t forget for sure.”