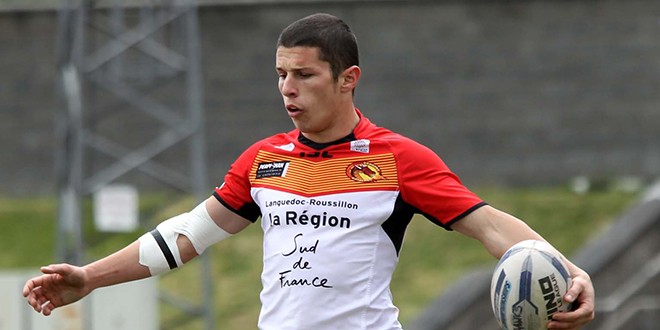 The 22-year-old was voted 2013 rookie of the year at the Super League outfit and was one of the World Cup’s shining lights. He scored 15 tries in 17 games in his debut season.

“I’m really happy to sign this new contract. It’s great to commit to a long-term deal with the Dragons,” he said.

“But I know that the hardest is yet to come and I know what I have to do now. The break at the end of the World Cup allowed me to recharge my batteries to be ready for the new season. I’m now looking forward to start the Super League 2014.”

Catalan coach Laurent Frayssinous said: “I’m delighted to keep him in the squad for the next three seasons. Morgan has seized his opportunity last year and made an outstanding season but he has to confirm now. It must continue to work hard, to improve as a fullback but also on the wing because we want to be able to use it on both positions.”