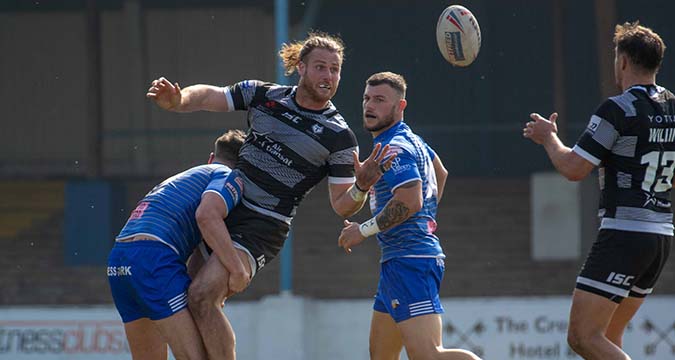 League Express can reveal the Wolfpack prop has made the decision to move to France and try his hand with the Elite 1 club.

The move away is a permanent one from Toronto and his contract with the Wolfpack will not be retained.

Mullally, a Grand Final winner with Leeds, is understood to have considered a switch to rugby union, but has instead made the move to France to continue his career in the 13-man game.

It is another loss for the Wolfpack as they continue to prepare to assemble a squad for 2021 if they are re-admitted to Super League. Mullally had signed a new contract with the club before their recent troubles.

As it stands, the Wolfpack technically have 17 players signed on for next season, despite some of them currently playing for other clubs.

Brad Singleton’s move to Wigan on a three-year deal was confirmed last week, but Brian McDermott could still potentially scrape together a squad with the likes of Ryan Hall, Ben Flower, Stevie Ward, James Bell and Paul Brearley all agreeing to join the club in 2021.

He had previously spent time with Huddersfield before spending over three years with the Rhinos.