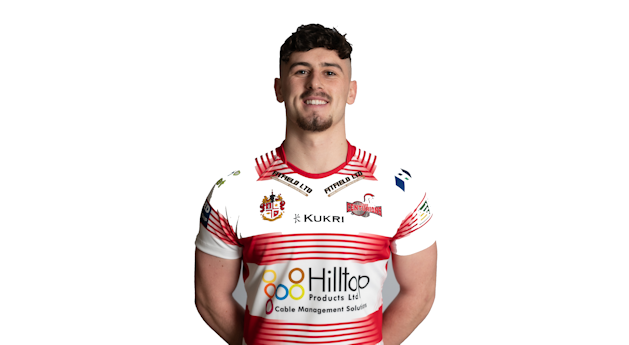 Having grown up in Wigan, there was perhaps nothing more exciting for Craig Mullen than to pull on the famous cherry and white jersey.

The threequarter made his debut in a 32-16 loss to Wakefield in June 2018, which Mullen will always remember.

“Making my debut for the club I grew up supporting as a kid was a pretty special one for me and my family,” he says.

“Despite the result, there isn’t much more I could have asked from a sunny Thursday night Sky game with all my family there.”

Getting into the Wigan first team was always a challenge, especially with Mullen coming through the ranks in a year where the Warriors lifted the Grand Final trophy. As a result, the 22-year-old spent time on loan at Swinton, London Skolars and Leigh.

“It can be tough not getting regular games as a young player,” he says.

“Swinton and London allowed me to get that, so I’m very grateful to them and enjoyed the experiences massively.

“I can’t thank the Swinton Lions and London Skolars enough for the time I spent there on loan; both clubs looked after me really well and made me feel like one of their own.

“There were some truly great people, both on and off the field.”

Mullen’s last loan spell was at Leigh in 2020, but with the onset of coronavirus, his future was up in the air. Luckily though, the Centurions saw enough in the winger or fullback to give him a longer-term deal.

“After my original loan spell with Leigh was cut short due to the pandemic, there was a little uncertainty about where I’d be for the 2021 season, but I was fortunate that Leigh wanted to make me one of their own.

“The little time I spent here before the world went crazy on us was enough to make me want to sign here permanently.

“John (Duffy) was already putting a great team together and was crucial in getting the deal done for me.”

For Mullen, it’s a case of trying to get onto the field as much as possible in the upcoming campaign, when he hopes fans will be welcomed back.

“I’m looking forward to the year ahead on a personal level and hopefully nailing some regular game time down,” he says.

“There’s nothing more I would love than to get back out there and get the fans back in the stadiums so we can all experience a Leigh North Stand in the Super League.

“I can’t wait to walk out on the field for Leigh. It’s such a great club with a big history and I’m fortunate to get the chance to play my part.”