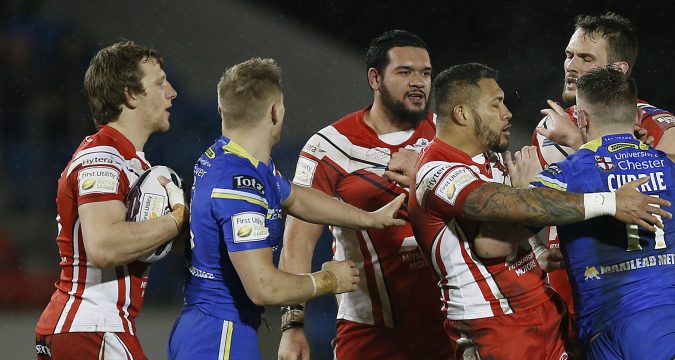 It has been quite the start to life at Salford for Ben Murdoch-Masila, and he is loving every minute of it.

The big Aussie forward has made quite the name for himself thanks to his uncompromising and aggressive performances in Salford’s back-row.

With one try and some victories under his belt, the 25-year-old admits he is delighted with the way things have gone so far.

“I’m enjoying my time here at the moment,” he told TotalRL. “My family love it over here. The weather can get to me a little bit, but it’s not so bad.

“I’ve been listening to the boys that have been here for a while and they’re happy with where we are at. They say we’re a lot better off than we were last year, so there’s a lot of good vibes around the place at the minute.”

Off the field, Big Ben comes across as a grounded, quiet person. On it, however, is a different matter.

“The field is my place. It’s just where I’m at my happiest, I’m enjoying my footy.”

While he thrives on punishing opponents on the field, one thing he has a soft spot for while playing is the Salford support, who have taken kindly to their new recruit.

“I’m surprised. I didn’t intend to make this kind of impact,” he said.

“I’ve heard a few songs with my name in it, it’s pretty cool. It’s a lot different to Australia, you don’t get that type of support at home.

“It’s not what they do in Australia, so it was a bit surprising for me. The fans make it over here and the experience is a lot better. They’re so much more vocal over here, it’s great.”

Murdoch-Masila is now preparing for the latest installment in the renowned Easter schedule, and the Salford star admitted that it has taken him by surprise.

“I was shocked. I’ve never been in this type of situation before with so many games in such a short space of time.”