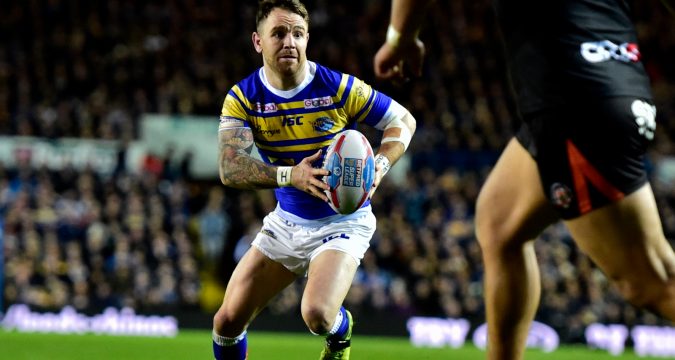 Richie Myler is hoping to push for an extended run for England after ending his six-year absence from the national side.

The Leeds halfback scored in England’s 44-6 victory over France and impressed during the game. His performance earned praise from Wayne Bennett.

“I was really pleased, Myler said. “In the first half we were very clinical and got the job done to a certain extent. We knew it would be tough to keep that up but overall we were pretty pleased with the win.

“I have been around this environment before but I was excited about playing again, as the kick off came closer. I was looking forward to getting out there and we got the right result.

“There are some great players in the squad. We have only really had a couple of days together in terms of field sessions so this is a good platform for us to build on. We managed to blow the cobwebs off and we will certainly be better for having had this game,” he added.

Myler will stay around the England setup during the Test series with New Zealand, and he’s hopeful he did enough to impress Bennett into giving him an extended run in the side.

“As much as I can add to the team, that is what I want to do,” he said. “If that means I am good enough to stay in for the next game, that would be great but I will continue to work as hard as I can for the team. There is a lot of quality in that dressing room and we are all going for the same goal.

“It is good to be back in the fold and have the chance to pull that shirt on. There is a lot of competition. Everyone is a quality player, otherwise they wouldn’t be here.

“Whoever goes in will play well and I am excited to be here. It is nice recognition for the year I have had at Leeds and I am enjoying it.”