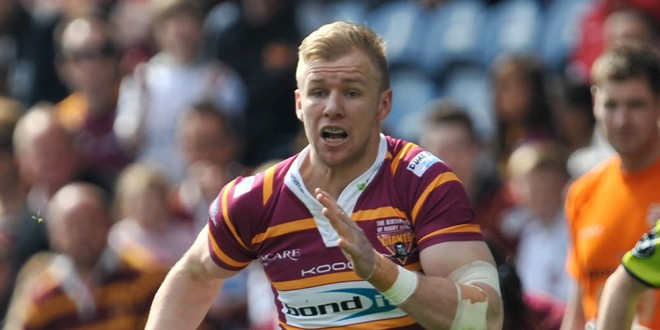 Huddersfield Giants have announced that Aaron Murphy and Dale Ferguson have extended their stay with the club with two-year contract extensions in each case.

Murphy joined the Giants from Wakefield Trinity in 2012 and has gone on to score 75 tries in 166 matches for the club.

Ferguson is enjoying his second spell with the Giants, racking up 90 appearances and 18 tries in Claret and Gold.

Aaron Murphy commented: “I’ve been at the club for a long time, this is my seventh year coming up so I’m really happy to stay. The club is massive to me, it’s like my second home, I’ve been here that long!

“I’ve got a lot of friends here, I’m really enjoying my time and hopefully we can have a great year next season.

“I think as a club anything under a top-four finish is an underachievement. With the squad we’ve got now we need to try and win something and build on the last part of 2018.

“I really enjoyed moving to second-row in 2018, I didn’t expect it to happen so soon but I did think it would come at some point in my career as I wasn’t really a modern winger but I’m happy to have made the transition.

“The fans create an atmosphere that really pushes us on, I’d really encourage them to sign up with a season card now and get behind us as I think 2019 will be a big season.”

Dale Ferguson commented: “I love the club, that’s why it was an easy decision to come straight back for my second spell and when I got offered this two-year extension I was over the moon.

“I’m happy to be staying, I need to repay the faith and keep turning up each week, staying injury free and keep playing.

“When I was playing I was happy, I picked up some niggling injuries towards the back end of the year and that’s the main reason of pulling out of the Scotland squad, just to make sure that my body is right for the club in 2019. They’ve shown belief in me by giving me a two-year contract, so I need to repay the faith next year and have a good two years.

“I believe we can do a lot of damage next year and I think we could push on to win some silverware for the club. I believe we’ve got a good squad and under Simon we showed in the back end of the year that we’ve got a lot of potential when we went on a long unbeaten run. I want to have a good pre-season and then we’ll keep ticking weeks off next year.

“We need the fans. They get us through our home and away fixtures, with what Simon (Woolford) is bringing in and with the recruits that are coming, next year we’re going to be a very exciting team. We’ll be playing some good Rugby League, which will be good for the fans to watch.”

Simon Woolford said “These deals were done a while back and I’m happy to endorse them and have the guys around for another two years and be part of the 2019 squad, which I expect will still evolve and develop as time moves on.

“Dale (Ferguson) needs a full off season training hard to get his body right and on the tapes I saw and what he’s done for us when I’ve had him he can be an asset to us in the backrow when fully firing. I reckon he’s like a number of players in that the World Cup didn’t do him any favours this year, so we’re both looking forward to starting up again in November and seeing the real Fergy back out there come February time.

“On Murph, he’s simply tough as old boots, a great pro and one of those under rated sort of guys who goes under the radar a bit but exactly the type of player you want in and around the joint. Players love playing alongside him and I’m expecting the move up to second row to be a new lease of life for him.

“He’ll be fit and ready to go in November and he can bring a lot to the team as he can also do centre or wing if things need moving around in a game.”