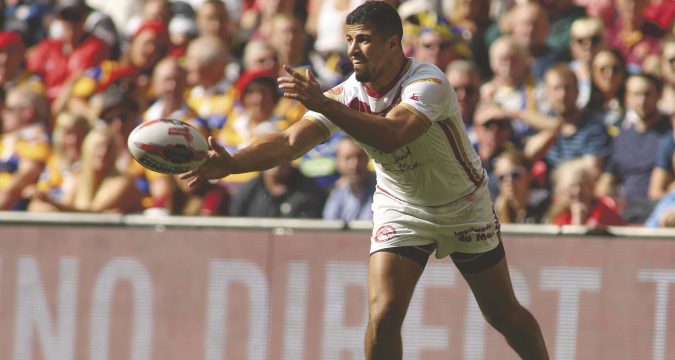 The France International has put pen to paper on a contract extension that will secure his future at the Gilbert Brutus Stadium until the end of the 2022 season.

The winger, who came through the club’s Academy, joined the Dragons in 2015 to play for the Under-19s and made his Super League debut the season after, being named the club’s Rookie of the Year 2016.

He joined Rugby Union club Agen in the Top14 at the end of the 2018 season but returned to the Dragons at the start of the 2019 season.

I’m really happy to stay at the Dragons,” he said.

“I feel good in this club and I’m improving every year working with the staff and experienced players. We have a great squad with world class players and young talents who are coming through. I can’t wait to start the new season and to play again in front of our fans at the Gilbert Brutus stadium.

Steve McNamara, the Catalans Dragons head coach, is happy to retain one of his star players.

“It’s a great news that Fouad is continuing his career at the Dragons,” said McNamara.

“He is one of the most popular players at the club. He is continually improving as a player. We all know his try scoring feats but he is striving to be a better all round player.”