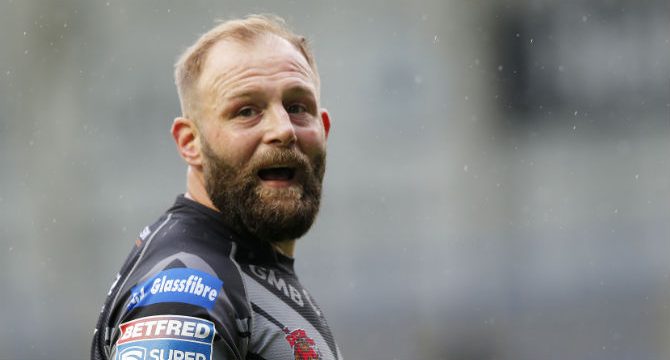 Castleford Tigers have announced that Paul McShane has agreed to a three-year contract extension, keeping him at the club until the end of the 2025 season.

McShane was already under contract for the 2022 campaign but has now signed an improved contract for next season and a three-year extension beyond that.

The 31-year-old has been an integral part of the Castleford squad since his move to The Mend-A-Hose Jungle from Wakefield in 2015. He was an ever-present in the League Leaders’ Shield winning squad in 2017 and was named the 2020 Steve Prescott Man of Steel last November.

Last Friday, 25th June, McShane also made his senior international debut for England against the Combined Nations All Stars.

His new contract will take him to over ten years of service as a Tigers’ player.

Speaking about the news to castlefordtigers.com, a delighted McShane said: “I’m over the moon to be staying for the next four years. I have to give credit to Cas for improving next year’s deal for me as well which, they didn’t have to do and that I’m grateful for.

“I feel great. The older I get, the smarter I’m getting, both playing-wise and body-wise in looking after myself.

“The club has made me the player that I am now, the people involved, my kids only know me playing for Cas which is a big factor as well. I’ve probably turned from a boy to a man here.”

McShane admits he has nothing but praise for Castleford coach Daryl Powell and said: “He has been someone who has been that driving force in me getting better, every year he is wanting me to keep improving and keep pushing.

At the end of the 2021 season, one chapter of Castleford Tigers will close and a new one will begin when Lee Radford takes over from Powell for the 2022 campaign. McShane remains focused on sending Powell out on a high note, before embarking on a new challenge under Radford.

“There is plenty of motivation to give the fellas who are moving on the send-off that I think they deserve.

“With a change, you can take it two ways you can think; ‘oh here we go, what is going to happen?’ but for me, it excites me.

“Do not get me wrong, the people that are leaving have played their part in my development. It is a bit scary, but it’s exciting as well and I can’t wait to get stuck in and hopefully Radders (Radford) and his coaching staff will give me a different style of play, and they will give me new things to add to my game, which is something I’m looking forward to building.”

In a direct message to the Castleford supporters, McShane paid tribute to the fans, highlighting their backing of the team over the past 18 months amid the COVID-19 pandemic.

“Thank you, you guys sticking by us and supporting us no matter what. That definitely makes people want to stay and play for the club.”

“Paul has been such a pivotal figure ever since he came to the club, but he has grown in every aspect of his performance levels, and his professionalism is a real driver for the team,” said Powell.

“To have Paul long-term is a credit to the club really and a credit to him, he is arguably one of the most influential players in any team in the competition and he seems to be getting better with age,” said Radford.

“I was fortunate enough to get to play with him at Hull when he came on loan from Leeds, formed a good relationship with him there and hopefully we can continue that in a coach and playing capacity.

“I think he is the most influential number 9 in the comp; how he steers the team around and how he takes the pressure off the pivots and his leadership qualities are there to see.”