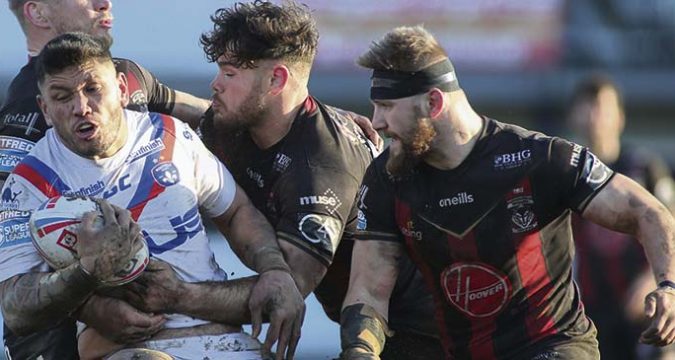 Wakefield Trinity prop Adam Tangata will extend his stay with the club into 2021 after agreeing a new one-year contract extension.

League Express can reveal that the popular forward will remain with Chris Chester’s side next year, after agreeing terms with the club to continue his stint with Trinity into a third season.

Tangata initially joined Wakefield on loan midway through last season, in a move that saw Keegan Hirst head in the opposite direction to Halifax.

He made five appearances for the club as they secured Super League survival, before Trinity decided to extend his loan for the entirety of 2020 on a season-long arrangement.

And ahead of the restart of the domestic season in August, Trinity have acted swiftly to tie down Tangata to another year with the club, with a deal in place for him to remain part of Chester’s squad.

The news is a boost for Wakefield, who had already seen two members of their first-team squad reject new contracts with the club. Utility forward George King opted against signing a new deal, and he is heading for Hull Kingston Rovers in 2021.

The future of talented winger Lee Kershaw remains unclear after he also decided against a two-year contract extension, though Wakefield have not given up hope of persuading him to agree a new deal.

Veteran halfback Danny Brough is heading for Championship side Bradford Bulls, after opting to sign a two-year deal to reunite him with former coach John Kear.

Meanwhile, League Express understands that Wakefield have earmarked a July 20 date for a return to pre-season training, giving them three weeks before their first game back on the weekend of August 8/9.

Alongside the first-team squad, Trinity will bring a select number of staff back to work initially, with a number of others remaining on furlough until the club decides to bring them back.