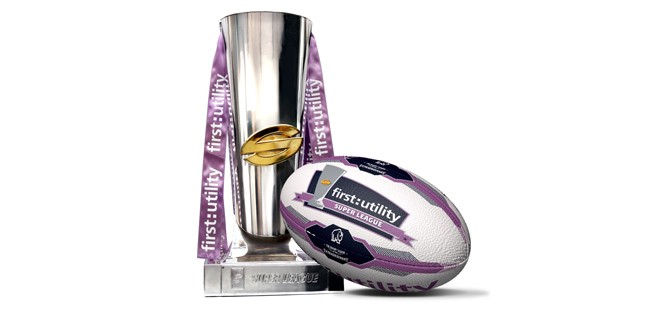 Super League have announced they have secured a lucrative headline sponsorship deal for the next three seasons.

In a refreshing change from last season’s sponsor-less season, and the infamous Eddie Stobart deal before that, in which lorry-side advertising was swapped for the title, with no money changing hands, independent energy supplier First:Utility have laid down a rumoured £750,000 a year.

The company have a market share of around one per cent but are considered the largest outside of the leading six suppliers.

The Warwick-based company helps to minimise consumers’ energy bills through low-price tariffs and energy efficiency. It will have naming rights to the First:Utility Super League.

Super League Chief Executive Nigel Wood said: “It gives me great pleasure to welcome First:Utility to the sport as the new title sponsors of the First Utility Super League.

“First:Utility is a real challenger brand that is shaking up the UK energy market and we look forward to working with them over the next three years.

“2014 will be a particularly exciting period in the commercial development of the sport: this announcement is the first in a series of agreements that will put in place a family of partners around the First:Utility Super League as we build on the legacy of the very successful Rugby League World Cup 2013.”

“We think it’s a good fit.  We are ambitious about challenging the status quo within the energy market and giving more consumers the low-price energy for which we’re known.

“As a fast growing alternative to the Big Six energy companies it felt right to partner with a growing sport to help build more awareness for our brand.

“We’re big fans of Rugby League and are proud to be part of the Super League community; together we hope we can be part of the growth of this exciting sport, as well as helping more people lower their energy bills.”