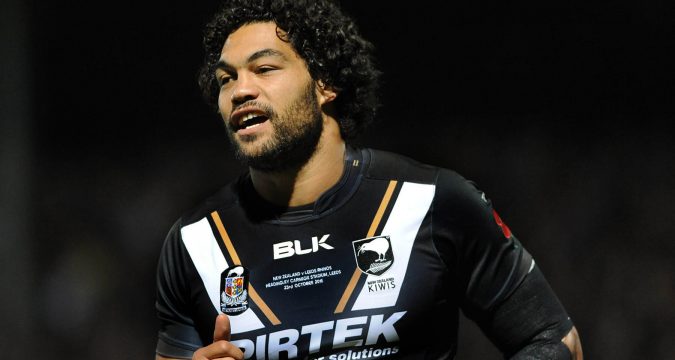 New Zealand won a dour encounter 9-2 against England today at the Queen Elizabeth Olympic Park in east London in the first major Rugby League game to be played at the new venue which attracted a respectable capital city attendance of 44,393 spectators.

It was a major disappointment for England, whose attack never sparked and who were denied a try by James Graham in the second half by a controversial decision by video-referees Phil Bentham and James Child.

The first half was a war of attrition, with defences well on top and the only scores coming from penalties by Gareth Widdop for England and Issac Luke for New Zealand.

In the second half a forward pass from James Roby in midfield gave the Kiwis the opportunity to create field position and they scored the only try of the game in the 43rd minute, when Tohu Harris kept the ball alive brilliantly to pass it to his winger Shaun Kenny-Dowall, who scored in the corner.

Graham’s disallowed try came in the 72nd minute, and the Kiwis rubbed salt into the wound late on with a field-goal by Jordan Kahu, who had added the goal to the Kiws’ earlier try, to complete the scoring on a disappointing day for England.

A full report, with photos, stats and analysis will feature in Monday’s issue of League Express.