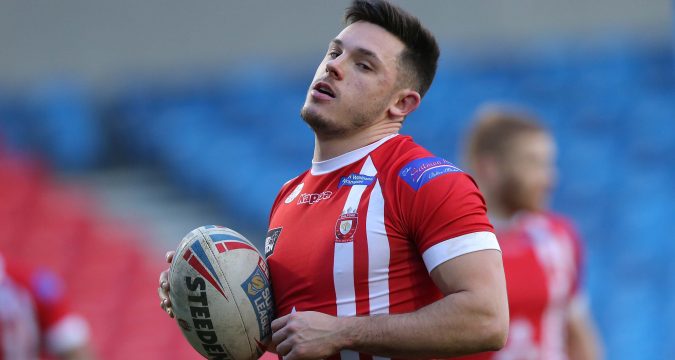 Ian Watson has confirmed Niall Evalds WILL play at Wembley on Saturday.

Evalds, the club’s all-time leading scorer in the Super League era, has missed more than a month of action with a calf injury.

Watson revealed last week he had returned to training and has now done three sessions.

Despite that, he looked unlikely to make the final but Dan Sarginson’s unavailability has seen Evalds accelerate his recovery and be in contention to play.

“He ran at the start of the week before the Warrington game, he’d done a couple of sessions. When we found out Sarg had recorded a positive test, I asked the medical team, they went down to meet Niall to run him. We weren’t allowed as we had two days off but they went down and did social distancing near his to get a run in him. That’s what everyone has done here, they’ve gone above and beyond and it’s put Niall in a really good place and in the three sessions he’s done he’s looked really good.

“He was never expected to get back fit enough for Wembley, he’s worked so hard to put himself in a position, the medical team have worked so hard for him. He’s leaving us at the end of the year and he’s always been our number one fullback and this could be a bit of a fairytale for Niall.”