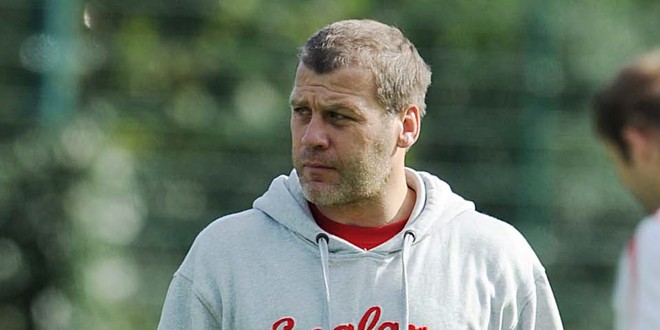 Bradford Bulls head coach James Lowes has said no players in his squad have told him they want to leave the club – but admits if they team are relegated on Sunday, they may be busy with potential recruitment in and out next week.

Defeat at Huddersfield or wins for both Salford and Hull will see the Bulls drop down out of Super League for the first time ever, and although Lowes was quick to stress nobody has told him they want out, he admitted that if some did choose to leave, they would only be fulfilling their own ambition.

“Nobody has come out and said outright that they want to leave. There are some strong players in this side though who want to play at the very top, and that’s not disrespectful towards us. They have to look after themselves; and they’re not letting anyone down here – but they’re ambitious,” Lowes said.

“They want to play at the top and test themselves, and although nobody has said that to me yet I’m sure we might be busy Monday if the worst happens.”

Lowes also confirmed that forward Dale Ferguson has had yet another setback in an injury-hit season, and he is now at least two weeks away from a return to action.

“Dale still isn’t right; it’s a game he would have loved to play in. He was flying in training but he’s picked up another niggle which has set him back another couple of weeks.

“That tends to happen to players who have picked up some nasty injuries; when you get close to competing again you get another little setback. Something else happens all the time, and although he won’t be far off he won’t be playing this week.”