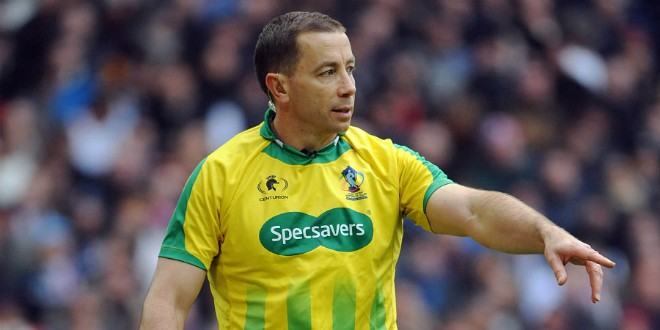 NRL referee Ben Cummins reportedly apologised on the field to Brisbane’s Matt Gillett – after bizarrely issuing him with a yellow card during the Broncos’ NRL victory against St George-Illawarra Dragons on Friday.

The Broncos, who were leading by 20 points at the time after a stunning first-half performance, were left stunned when Gillett was sinbinned for a professional foul 54 minutes into the contest.

Gillett had tackled Dragons fullback Gerard Beale following a 70m break by Benji Marshall off a quick tap. Referee Ben Cummins deemed the Queensland man to be offside – despite the fact Marshall’s run should have been more than long enough to put everyone onside.

However, Gillett revealed after the game that Cummins had apologised when he returned from the sinbin to continue the game. “When I came back on, the ref said sorry to me so he obviously didn’t know what happened.”

Brisbane eventually held on to win 30-22 in a thrilling contest. The video of the incident is below – with England centre Jack Reed clearly protesting against what was a bizarre decision.