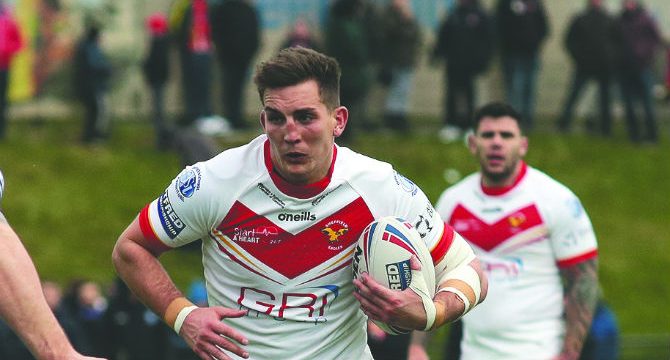 Oldham have confirmed the signing of forward Shaun Pick.

The former Featherstone, Toronto, Sheffield and Batley forward joins the club from the Bulldogs and becomes the Roughyeds’ sixth signing ahead of 2021.

He will link up with coach Matt Diskin and said: “I’ve always preferred the second-row and Disco not only understands that but agrees with me that its my best position.

“He’s been interested in me for a while and he wanted to take me to Batley when he was there, but it didn’t happen.

“Funnily enough, I agreed to join him at Oldham while we were in the same coffee shop where we had talked two years ago when he had wanted to sign me for Batley. I did sign eventually for Batley for 2020 but Disco was at Oldham by then.

“Anyway, it’s all come together now and the big thing for me is that Disco sees me as a second-row which suits me down to the ground.”