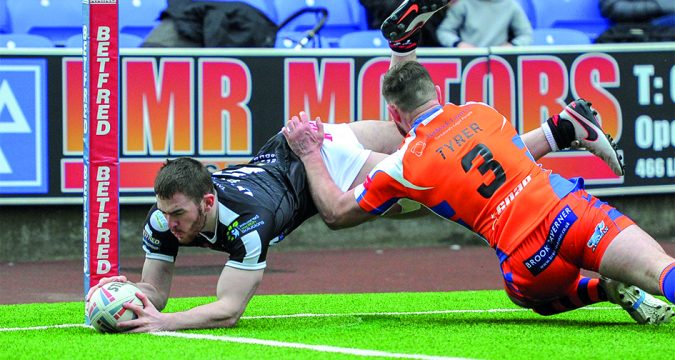 The former Widnes winger scored 19 tires in 22 games for the Vikings last year before joining the Centurions.

He started the season on loan with the Roughyeds and has now agreed to become their 12th signing.

“We were very impressed with his performances when he played on loan for us against Bradford Bulls and Dewsbury Rams in March. He has plenty of pedigree and plenty of experience and he’s a good person too, as we learned when he was with us last Spring.

“On top of all that, he can play centre as well, so he gives us options. Whichever way you look at this, Ryan is a big signing for us.”

Ince added: “I really enjoyed my short spell with Oldham at the start of the year and that had a big bearing on my decision to sign. Everyone at the club, including the other lads and the fans, made me feel very welcome and very much at home.”